Warning: if you are playing in Google Chrome or other Chromium based browser you may experience very noticeable audio lag due to an engine bug. Consider using another browser (e.g. Firefox) or downloading the Windows or Linux builds.

Grand Ore Deal is a platformer where you collect mysterious ores, which allow you to move faster. Collect all the ores in the level and bring them back to the minecart. There are secret levels hidden in each level (excluding tutorial), check every corner of the map to find them!

Fun game! I like the vibe a lot! Can see that you are updating the game after the Jam, I will be looking forward to that for sure :D

If you have the time, could you take a look at my game Arcade Boy? I would love some feedback from someone like yourself :-)

Fairly well polished game! I really liked how velocity and momentum changed with how much the miner was carrying. I do have a couple of gripes with the game, but it was fun to play and that's what is important.

Any feedback is appreciated! I will be updating the game once the jam is over

Most of the feedback I have simply involves polishing what is already there. Some things that you might want to work on initially would be enemy hit registration, and feedback. I found it difficult to judge whether or not I would be hit by a goblin. Perhaps adding a slight delay and some animation there would solve that. Also one suggestion, rather than a critique, I would add some visual feedback that appears on the player as they pick up more and more ore. Maybe visually showcase the bag filling up with ore?

I’ll consider adding some visual feedback for the ore count. The goblins were really rushed, didn’t quite know how to implement them

Menu, graphics and music is freaking awesome! The character is a bit hard to control in air though 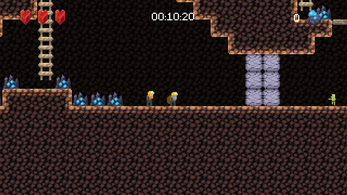 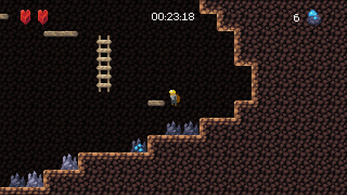 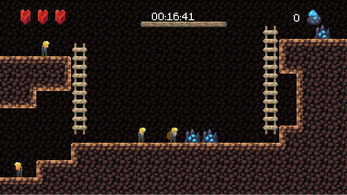